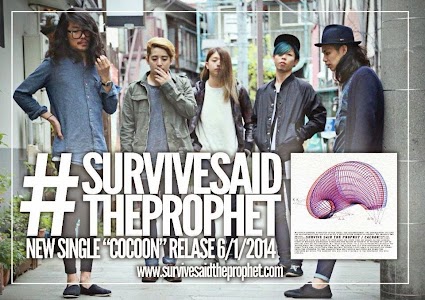 If you, like more and more music junkies around the world, are keeping an eye on the Japan indie scene, Survive Said The Prophets is one to keep on your radar. Based in the heart of Tokyo, SSTP’s members are Yosh Morita (Vocal), Takuya Suzuki (Guitar) and Ivan Kwong (Guitar) and Yudai Kato (Bass) and Sho Okada (Drums). Wait, Kwong? You guessed it – the guitarist Ivan Kwong, is in fact a Hongkonger! This interesting combination of cultural backgrounds, together with the variety of experiences they’ve had with music, allows Survive Said the Prophet to bring a hard-hitting yet melodious sound to their music. This rock band must also be credited for working around the clock – only having just released their 2nd EP

Formed in 2011, they quickly released a single 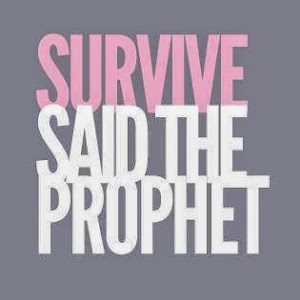 SSTP recently performed at the Redline Music 5th Anniversary Party on 11-12 July at KITEC Rotunda 1, along with some best bands in Hong Kong and China, Supper Moment, Chochukmo, Artistrings and Chui Ball Tong (吹波糖). Although the majority of the crowd were pop rock fans and came for music easier on the ears, SSTP, who opened the show, still managed to hyped up the crowd. The first song

Find out more on http://survivesaidtheprophet.com/ and get the latest update from this awesome band.
– Chi Wa Chan