One particular rainy weekend saw a group of local music lovers spending a hot and sticky two days bobbing their heads to tunes smack in the middle of nowhere in Hong Kong.

The festival, which was held 15-16 August, took local music lovers to a venue near the Kam Sheung Road station on West Rail line. Open Sesame ran for two days, but festival goers could choose between a one-day pass, two-day pass – or a camping pass, if one was feeling particularly adventurous and wanted to stay overnight.

The idea itself was not novel – many weeklong music festivals overseas often gave attendees the option of staying overnight at the venue – but in Hong Kong, they were a rarity. The three-day Clockenflap – perhaps Hong Kong’s biggest musical festival – did not allow concert goers to camp out at the West Kowloon Promenade where it was usually held. The only other festival similar in nature is Grassfest, which has taken place every spring since 2012, organised by Lawnmap founder Thickest Choi and born out of a crowdfunding project.

In many ways, Open Sesame was a bold experiment of sorts, put together by hot-blooded teenagers who had few successful precedents to emulate. 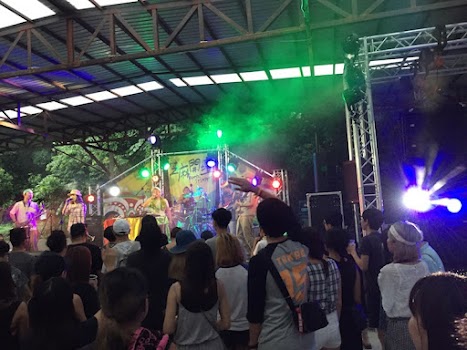 After a short and scenic bus ride on shuttles arranged by the organisers, campers arrived at the site. The first order of business for those who opted to camp was to set up tents and pitching a tent in the rain on a field covered with puddles proved to be a tricky task. By the time campers were done, the soles of their shoes were caked in mud and they were thoroughly drenched, but most seem to have accepted fate and did not seem bothered by the dirt.

“Are you guys alright there? We’re really sorry about the weather. Thanks for being so understanding,” the organisers smiled apologetically.

It also helped that the venue housed some of the cleanest toilet facilities one could ever expect from a music festival. Instead of the usual portable toilets, there were multiple bathrooms that were mostly spotless and free from filth. For the price of HK$40, festival attendees could even take a hot shower.

The location of the festival meant that attendees could escape from the usual hustle and bustle of city life, but at the same time, its inconvenient location coupled with uncooperative weather also meant that there were only a handful of attendees. Most festival goers did not seem to mind; there was so much space that at the main stage, one could lay down a mat on the floor and enjoy the music in comfort. Some bands, however, admitted that they were a bit disappointed by the turnout.

"[The weather is terrible, but] Glastonbury is just as wet and muddy! So we’re surprised to see so few people – maybe it’s because it’s the first time it’s been held, or maybe because there wasn’t enough advertising. But the scenery is amazing, even with the rain. There were also a lot of opportunities to interact with other local musicians, since we’re all here, which is great. We’re also happy to see that there are more and more festivals in Hong Kong – even if the turnout isn’t as expected, at least the organisers managed to pull the event off," band members of Fantastic Day said. 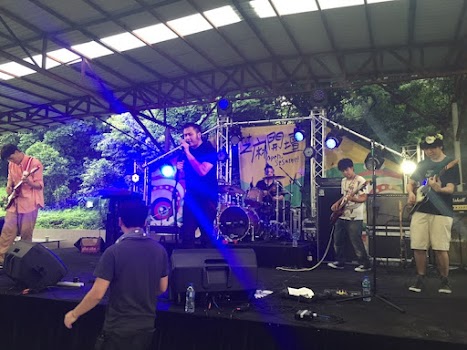 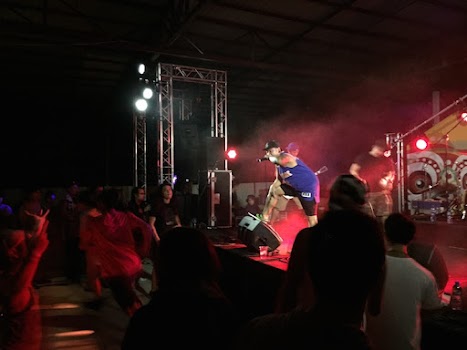 The first day ended with a Taiwanese band that had flown in for the festival. A series of games then began, ranging from beer-drinking contest to who-can-play-the-best-air-guitar? Campers were in high spirits and at three in the morning, the campsite was still buzzing with loud cheerful conversations that emanated from the tents. 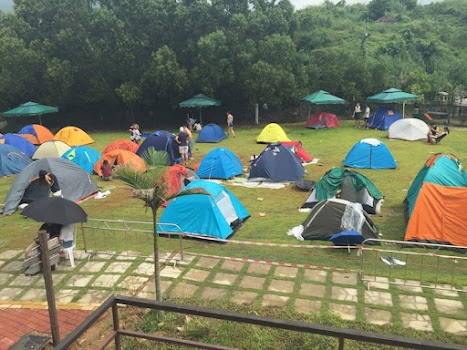 The campsite at OpenSesame.

Campers woke up next morning in the swelling heat. The sun had come out and for the first time, one could fully appreciate the lush greenery that surrounded the campsite. Most food stalls were not open till the afternoon, but one owner, Ah Wing, had woken up early to run his stall and was busy serving breakfast to campers.

“[I’m here cooking because] the organisers didn’t invite any of the bands I’m in to perform,” Ah Wing said good-humouredly. “I’m in [local bands] Say You Care, The Priceless Boat, and Fight Club." 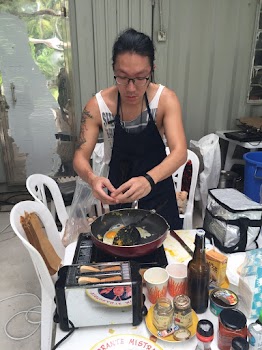 Wing, who has been to many music festivals in Taiwan, responded to the open call to set up food stalls at the festival because he wanted to try something new. "This is the first time I’ve set up a stall in a festival – and actually, the first time I’m selling food to the public.”

The stall, named ‘Something Wild’, boasted a grand total of two things on the menu – fried egg on toast, and blueberry soda. Ah Wing said that the organisers did not charge them anything for the stall, but running it was still much more challenging than he had expected. "I prepared an electric stove, but there was no electricity at one point last night, so I just stood there for a long time not really knowing what to do."

Throughout the day the rain came and went. When local band Twisterella took the stage, the rain came pouring down again, splattering against the roof of the stage and curiously enough, complementing the rainforest-y number that the band had launched into. The ambience matched the dreamy, trance-like songs that blared through the speakers, and the band joked that they had arranged for this “natural effect”.

The only people who looked even more tired than the bands strutting on the stage in the hot, humid weather were the organisers themselves.

"Open Sesame came into being because most of us in the indie scene – we’re a playful bunch. And we really wanted to do something over the summer – so many people were flying over to different countries to go to their music festivals, like Fuji Rock, so we were thinking why don’t we just stay in Hong Kong and create something of our own?…The owners of this venue were really friendly, they usually cater to family events so they thought it might be interesting to host indie music here," Katy, one of the organisers said.

She explained that most of the staff came from Hidden Agenda, a local live house in Ngau Tau Kok, since they have had experience in organising shows and had contacts with bands. It may sound casually put together, but the crew took their project very seriously. One promotion video gave a breathtaking birds’ eye view of the venue and was taken from a camera attached on a drone.

"We were really worried that the event would have to be cancelled because of the weather – we made sure it was safe before announcing that we were going ahead with this," she said.

She admitted that every time the team felt a bit crushed every time they got a phone call from a camper saying that they would not be able to make it, but they were grateful for each and every one of the campers that did come.

"It was obvious yesterday that the turnout was quite low, but we could see that the bands were still giving it all that they’ve got. We were really touched," she said. 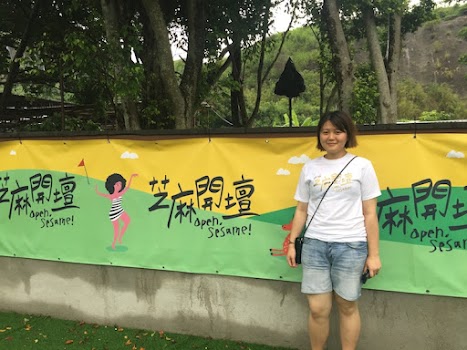 Katy, one of the camp organisers. Photo: HKFP.

Things have not been looking good for the local music scene recently. After Backstage Live Restaurant, a local live venue in Central, stated last month that they may be forced to close because of the rent increase, Musician AREA made a similar announcement recently and is now launching a series of gigs called "All in Or Nothing" to see if they could pull together enough revenue to tide them over.

Katy said that she believed that in order for the local scene to flourish, it was very important for bands to unite and be supportive of each other.

"With festivals like Clockenflap – most of the time, local musicians would only get to be a supporting act. So we were thinking, why couldn’t they headline shows too? We really hope that this would be a good opportunity for people to learn more about local bands."

The campsite at OpenSesame.