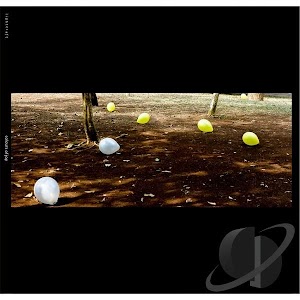 Tracks:
If You Don’t Mind
Amazing Grace
This Plastic Love
Get On Your Own Way
Bonfire
Other Side of the Glass
Fire With Fire
Starlit Eyes
Love Songs & Lullabies
Living in Words and Letters
Hello Goodbye

Music is a universal language, however if you’re Lightcraft, who hails from Indonesia, singing in English is just as easy. Formed in 2004, when they were students and best mates, they have been consistently making music and honing their craft in the last 10 years, and their sophomore album entitled, Colours of Joy, is a beautiful and mature sophomore record. It is seemingly filled with British influences all through the album however that is not to say that their personality is not evident.

If You Don’t Mind opens the album in a great way. A rocking’ song with combinations of past and current British Rock influences. A bit of Muse, a bit of Coldplay and a lot of Lightcraft. I get the sense that their live shows are just a very much lighters and hands in the air affair.

Amazing Grace, starts out a bit Stone Roses-ish but then goes to another place which words escape. It is inspired and and powerful. A great great track worthy of a single release.

Fire with Fire is a haunting and beautiful song with an intricate piano and guitar weave that harkens back to the days of Beatles. With well thought out instrumentation and some very atmospheric vocals from lead singer Imam Mbudz.

Starlit Eyes is is another favourite of mine with a definite Coldplay-esque drum groove but the song is anything but. With the aggressive synth and guitars this is a considerably more energetic track than what the British band have ever done.

Living in Words and Letters, has a bit of a modern dance feel to it, but without the annoying dance music part. The band is what brings this song together with a very 90s Placebo drive to it. And the eerie vocals if listened with your eyes closed might as well be Brian Molko. It does make you want to get up and dance.

Bonfire is another great song. It’s a slow build but never feels slow. Imam’s vocal work just continues to carry you through the song. The personality in his voice is what gives the songs their character, much like how Chris Martin’s voice is the 5th member of Coldplay. However, the breakdown for Bonfire is just where the song shines. From the high tone reverb just before the band comes in on full power to the end, I get a sense the drummer has been waiting for this moment for the whole song. It’s just a wall of amazing sound.

Hello Goodbye, closes out the album with what I feel could be another Beatles reference is actually challenging Keane’s Tom’s Chaplin. But the magic here seems to be again in the breakdown which is both, soaring and laid-back. By the time the song finishes, you are ridiculously satisfied and wanna have another go a the album. And you probably should.

In an eleven track album, Lightcraft are very generous with sharing their music. Although I only highlighted seven of their songs, it’s not to say the other four songs, were not good, far from it. But these seven songs spoke the most to me.

Listening to Lightcraft is an experience I wish for everyone to have. I do know that their type of music is very specific to a listening group but I know that all indie musicians and Brit music loves will appreciate it.

The sound is recognisable but the music itself is unique, only to this band. Lightcraft have carved a a great album with some catchy melodies and some solid instrumentation and arrangement. I’m definitely going to buy their current and past albums and whatever they put out in the future. They deserve a bigger audience and I can only hope that this albums bring them that.