Vivian sat down with Jon Lee, the owner of This Music Studio, to learn more about audio post production, a side of the music industry that is often overlooked. They chat about everything from band competitions to Cantopop music to vinyl records, and Jon has some wise words for any budding musicians out there. 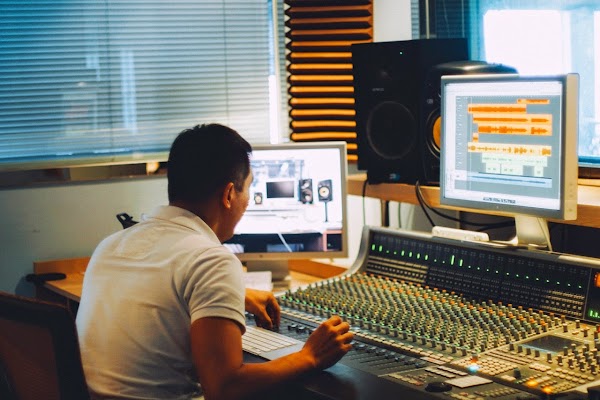 This Music Studio has offered recording time for the winner of our Battle of the Bands. Have you ever been to a band competition in HK? What do you think of band competitions?

I played the Global Battle of the Bands about five years ago. Band competitions are fun to play although the results can sometimes be random, they’re very hit and miss for me. You get to meet a lot of people and chat with different musicians, and it’s just fun in general to play a show. I still like being involved, and what you can win from it is always awesome, for example when the Underground did the Planetrox competition where the winners got to go to Quebec (Canada). For this Underground x Parsons Music Battle of the Bands you get recording time, and that’s super cool.

Why were you willing to offer the prize of recording for a band?

I’ve been that band before; I’ve been that struggling band. I’m fortunate enough to have a place where I can record my own music in the studio, but in Hong Kong these days space is so rare to have. You barely have a small band room in Kwun Tong that you share with a bunch of people, let alone a recording studio of you own. I like supporting new music and artists. I didn’t get into music just because I liked music – I got into it because I also want to further music in Hong Kong. It’s quite the same way that Chris B does it, she promotes music through the actual performing but I like it through teaching and performing.

Do you think there are enough studios in HK who record albums for independent bands with low budgets?

They are popping up here and there, but most often than not it’s the bands who have their own recording setup. It’s very simple and basic. If you look at Youtube and Soundcloud, it’s so easy to release music or make a music video now that you could probably just do it with your iPhone. So I think if there’s not enough studios there’s at least enough means through technology that people can do it themselves. 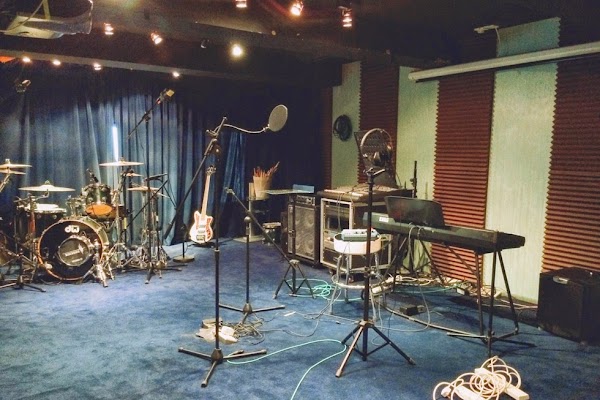 So what do you think of this trend of independent bands producing and mixing their own records?

I think it’s a good trend. If you look at the 80s and 90s, there were issues with technology and space such that society wasn’t that open to new bands – mostly it was just Beyond and Blue Jeans. But now people have opened up and there are more places to perform, plus there’s West Kowloon. In the States nearly everyone can build their own studio or just rent one anywhere for cheap, but in Hong Kong land and rent is expensive so everything is harder. It’s very encouraging that the people are pushing themselves to learn how to record on their own.

Do you think HK bands’ recording and producing in general is on par with international bands?

Definitely, for pop music, although Hong Kong’s pop music style is very specific. It’s big on the vocals and the music always takes a back seat. But as a band producer it’s a different kind of mixing. You have to make sure that everything is heard, everything has its own space and can breathe. I think HK has the potential for it, but for now pop music is still the dominant source of entertainment for local HK people. Not that I don’t like pop – I’d say I enjoy 60% of all pop music. I appreciate the writing even though they all sound similar, it’s not easy to write good pop songs that are catchy, especially with Cantonese lyrics where you have to get it to rhyme and you need the right tone or the meaning changes. Still it’s very pigeonholed into one specific category – even if the pop stars are singing a rock song or trying out an R&B song, the mix is still a little weird because they’re not used to that. I come from a background that prides itself on expanding what you listen to. Green Day is one of my favorite bands, but I love Bach and Mozart, jazz and heavy metal too. It’s important to know a little of everything so that you can adequately produce a range of music, even with rock musicians.

Speaking of diversity – you’ve helped independent local bands like Noughts & Exes, as well as Cantopop stars like Joey Yung record songs. How is the recording process different for independent and pop musicians?

On Cantopop songs, a lot of the instruments are pre-played, pre-recorded or even programed. The singer very much just comes in and sings to the track. The writing process is very separated – someone writes the music, someone writes the melody, someone writes the lyrics.  But in bands there are so many ways to do it; you can record all the instruments at the same time as a live recording, or you can do each individual instrument one by one. I’ve done recordings where the bassist and drummer were recorded first so that they were locked properly and the instruments were all added, and there’s that feeling that everybody’s in the same room. For Noughts & Exes that’s exactly what we did, we did bass and drums first, and the guitars and singers and violins were there encouraging each other, adding ideas and collaborating. That’s probably the main difference between Cantopop and bands in general – the band is always around. I may sit in the studio for three days and not record a thing, but I would not have it any other way. As a band you’re always together and you’re friends, you’ve got to be there to support each other. That’s the whole point of being in a band, and I think that’s what HK is slowly learning and realizing.

Recently there’s been a revival in the sale of vinyl records. A lot of people think they sound warmer. Does vinyl really sound better? Do you produce a lot of LPs?

I think they do. There’s something about vinyl that makes it sound slightly more natural and warm. It just seems more comfortable when you listen to it. It doesn’t seem overly produced or compressed. But vinyl is also so niche, everybody is about MP3s these days, especially in HK where there’s no space for big record players and you’d need huge bookshelves to store your records. We get records pressed in the UK, it’s just cheaper there and I don’t think HK is made for it yet, although I’m sure there will be somebody smart enough to invest in vinyl pressing soon. HK is very into adopting new technology, and for people to go backwards back to vinyl is a big step. It’s very exciting because vinyl is such a different medium for HK, but again space will really determine whether it’ll take off properly or not. 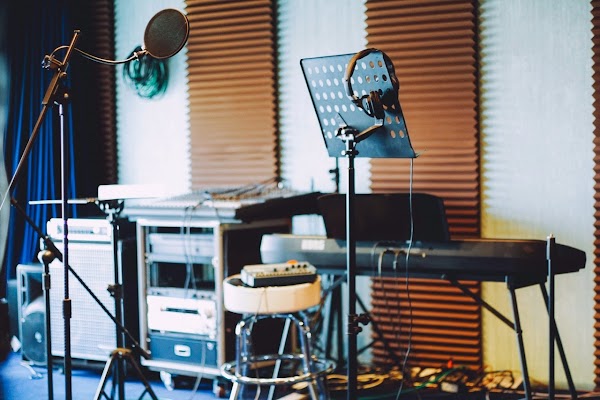 The winner of our Battle of the Bands will win a Gibson Melody Maker. What Gibson guitars do you have in your studio and which ones do you like most?

I have two Gibson Les Pauls from the 2000s, and one Les Paul Jr. Billie Joe Armstrong (lead singer of Green Day) plays a Les Paul Jr, so I kind of got into that sound. I have a Fender Telecaster that I really enjoy but I’m more of a rock guy, so I tend to lean towards the gritty sounds of punk and hard rock, and Gibson just seems more suited for that. The Les Pauls sound good whether you plug it into any amp. The tone quality is fantastic and it just sounds right to me, whereas with other guitars I think you have to try hard with pedals to get the right sound. I think everybody who plays a Fender probably has a Les Paul somewhere. It’s just one of those things, and that name is so legendary – the things that he did with guitars were so incredible and revolutionary.

Do you have any advice for new musicians and bands in Hong Kong?

Don’t be afraid to suck. Everyone starts somewhere. In HK, as transient as it is, people will come, people will leave, but don’t let any of that stuff distract you from the music, because music is so universal. You can’t universally agree on a politician or your favorite sports team, but people from anywhere can agree on a band. For HK people I think they need to open up to different kinds of music out there. Even if you’re a hard rock musician, listen to jazz. If you’re a jazz musician, listen to punk rock. You will always find something that’s there for you. I used to hate heavy metal but then I started listening to the intricacies of what they were playing and I started to just appreciate the musicianship and I think that’s what people tend to forget – that music is not easy to play and it takes time to learn. Keep trying. Learn as many things as you can. Always stay up to date with the newest technology. Just listen to as much as you can and be open minded about it.