Tweets by undergroundhk
Reviews 樂評 > CD Reviews 唱片評論 > 3:1, Take A Break, Forget Me Not by Andy is Typing…

`Introducing Andy is Typing and their new singles (3:1, Take A Break, Forget Me Not)’ 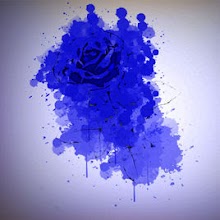 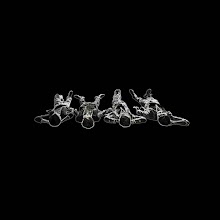 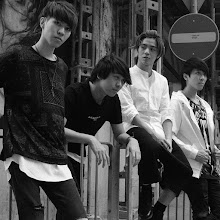 Inspired by classic Anglo-American rock bands such as Red Hot Chili Peppers, Mr. Big and Radiohead, Andy Is Typing… is a traditional four-piece rock band that excels in their songwriting and skill even if their recent songs aren’t the world’s most creative. Formed in 2015 of four members Kelvin (Drums), Manping (Guitar), Andy (Bass) and JKY (vocals), the band has been performing since 2016 and has already won several awards including the ‘Parsons Music x AAW: Band Legend Competition 2015-2016 (Champion)’.

Although they have yet to release an album, they have four singles (and a couple of other loose tracks) recorded, the most recent being 3:1, a straight-forward alternative rock song reminiscent of Avril Lavigne and Tonight Alive. The strength of this song is undoubtedly in its performance with a driving drum part and vocals sung halfway raspy and belting, swapping seamlessly between sung and semi-rapped. The writing itself is not that exciting; the melody is catchy and powerful but not particularly innovative and paired with somewhat clichéd love song lyrics like “together we rise and fall, every dusk and dawn, we keep moving on”. The song could fit into the credits of literally any 2000s Hollywood action film credits.

Earlier singles, Take a Break and Forget Me Not were much more creative in their writing though not as modern and catchy as 3:1. Released last year (2017) Take a Break is a heavy rock song that shows off the instrumental prowess of Andy’s bass and Kelvin’s drums. This song is less 2000s and more late 60s-80s with synthesized vocal harmonies reminiscent of the Beatles and Electric Light Orchestra. The song begins with a fast and strong bass part reminiscent of Red Hot Chili Pepper’s Flea, one of the band’s inspirations. The song includes a lengthy instrumental section that is not a solo but solely a chordal instrumental, something that I’ve always liked but don’t see often in modern pop.

Forget Me Not (featuring Hong Kong harmonica legend Cy Leo) was Andy is Typing…’s first single. Released in 2016, Forget Me Not is the most creative of their four singles. It begins with a Latin-esque guitar and drum intro with vocals joining on top of the introduction. The song bravely shifts between several contrasting musical feels, especially the shift before the third verse from straight to swung rhythms on the drums. The combination of straight singing and swung drums creates a feeling that is simultaneously forward and fast but also laid back. But the icing on the cake for me (though it could put some people off) is Cy Leo’s amazing harmonica solo; the use of the harmonica makes the song feel almost bluesy, harkening back to when the harmonica was a common pop instrument before it lost popularity in the mid-60s but his playing, which shreds and feels like the ultimate modern rock guitar solo and not at all antiquated.

Andy is Typing… is quite a new band with lots of potential and I can’t wait to hear more (especially if they write more work like Forget Me Not and Take a Break). With newly minted Vevo of less than a year old, Andy is Typing… has only just begun to reach their fingers into the spotlight but will soon, hopefully, be standing center stage in it.
Reviewed by Cyril Ma
You can listen to the tracks at iTunes or youtube.