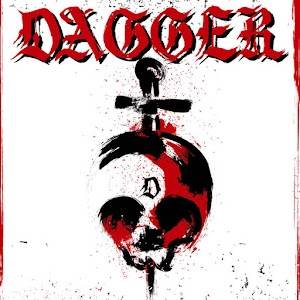 If you’ve ever been to an Underground Heavy night, you’ll know that the city’s metalheads can show out in force to stir up some serious pits. And now they have a new band to look forward to moshing to. New local four-piece Dagger (formed from members of scene stalwarts King Ly Chee, Fight Club and Yau Dong) have released their self-titled debut, which is available to stream and buy on Bandcamp.

The brisk, six-track EP kicks off with an eponymous instrumental track, winding things back to a primordial metal sound that layers on the doom with scraping guitar and sluggish rhythms. The guitar stays low, slow, and heavy on Hollow, which channels a more melodic death vibe as siren-like guitars wind around lead singer James’s hoarse barks and thick, distorted blast beats.

Guitarist and vocalist Riz (formerly of King Ly Chee) promised more emphasis on “riffs and musicality” with his new project, and there’s certainly some interesting stuff to unpack on the EP, which grew from a collection of demos recorded earlier this year.

Frequent and erratic tempo changes draw from the hardcore genre, but the EP as a whole favours the heavier metalcore of Pantera, Killswitch Engage and Machine Head over punk influences. The lyrics – though frequently incoherent and muddy in the mix – are largely preoccupied with dark themes and despair towards society’s proclivity for self-sabotage.

Repent opens with a grunting, loosely plucked bass line, which is quickly seized upon by an extrajudicial mob of disjointed thrash drums, jagged guitar and dual calls from the singers to “repent your ways.” Hands are thrown even further to the sky on What Have We Become, a furious diatribe against the media and “a country led by idiots.”

In this day and age, it’s hard to avoid writing music without a political slant, but Dagger avoid the common clichés by staying true to their roots and articulating their ire in a way that feels relatable and stirs up fresh rage.

“No mercy, no pity” roars James on closer Protect and Serve amid a brutal mélange of pummeling basslines and Middle Eastern-tinged scales. “Where were those voices that should have stood up?” the band asks in the blisteringly-executed call to arms against societal apathy and corruption.

It’s always cheering to see new metal bands join the fray, even if they are formed from existing groups. Dagger’s EP doesn’t outstay its welcome, yet the short tracks (the longest is 2:39) occasionally feel more like a moodboard of ideas and motifs than complete songs. This is a hangover from the group’s hardcore roots, where succinctness is key, though, as they call upon more diverse genre influences, it would have been interesting to see how some of the tracks would have developed given one or two more minutes more space.

Dagger hit hard with some heavy metal firepower on their EP and, although it doesn’t bring anything overly original to the genre, it adds a uniquely Hong Kong stamp, which is more than enough reason for local metalheads to seek out, add to their collection, and flail their fists with glee at one of the band’s upcoming gigs.

The album is available here.