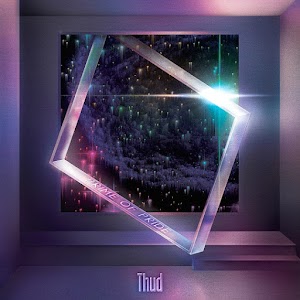 On newly-released single Prime of Pride, it is immediately evident that Thud has stepped away from the melodic framework of their debut album Floret. This time, the dreampop group has opted for a more dissonant, explorative sound.

That said, the song has the same smooth, ethereal vocals from Kim, and the structure flows just as easily as before. However, on Prime of Pride, the instrumental texture is noticeably less harmonious. At times, the heavy use of lots of effects and synthesisers seems garish and unaligned, though the band seems confident enough in their messy arrangement to carry the song.

Their direction is well-executed: the dream-like feel of the single is enhanced by airy, minimalist vocals. Though perhaps bordering on cliché, the trippy and tie-dyed music video echoes those made in the ’90s by retroshoegazers, like Lush and My Bloody Valentine.

What’s impressive about Thud’s latest single is that they are able to sound so atmospheric without explicitly expressing themselves. It could be the engaging use of drums or the sense of control over dynamic contrast, but the song certainly has a strong emotional presence.

Though the genre is niche, especially in Hong Kong, it’s likely that Thuds new single will be warmly welcomed by shoegaze fans.

The single can be found here.