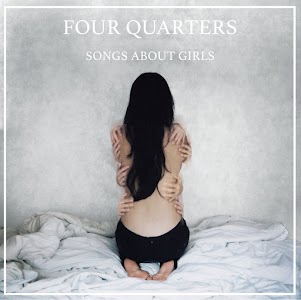 The musical landscape of 2015 may have favoured faceless artists hidden behind disparate electro beats and abstract themes, but this doesn’t have to mean that post-hardcore, or “emo”, music needs to be left in the noughties.
Local four-piece Four Quarters mine heavy emotional depths with an articulation that belies their late-teen years. To take their sound from the stage to the studio, the band recruited Luke Chow (Hungry Ghosts) to produce, mix and master their debut.

More than a bitter treatise addressed to the opposite sex, first EP Girls deals with complex subject matter and pays homage to the emo bands of the 2000s, including Brand New, Alkaline Trio and Taking Back Sunday.

Lead singer Zubin Isaac shows himself to be an astute lyricist, bringing to life his experiences with mental health, relationships and school troubles with a rawness to rival Brian Sella of The Front Bottoms and La Dispute. Mila and Rita may be addressed to medication but Angels, the only song on the record that is actually about a girl, stands out for its sullen cynicism, crushing chorus and darkly melodramatic lyrics.

The album opens with ‘Tiffany’, a sunrise of reversed guitar notes and looped dialogue from the film Breakfast at Tiffany’s. “You mustn’t give your heart to a wild thing,” says Holly Golightly, evoking Brand New’s Tautou and setting the tone for 20 minutes of heavily wrought emotional catharcism.

The album concept is strong, yet is let down greatly by lo-fi production: Isaac’s breathless vocals are often hard to make out amid impenetrable guitar noise, while rhythms blend into a muddy mess. At times, it sounds like being stood outside a concrete garage hearing the band performing inside.

Four Quarters blew the roof off Hang Out at The Underground’s True to This Volcom show last year, but Andrew Shearer’s intricate basslines, drummer Aaron de Guzman’s tight rhythms and the joint ferocity of Harmeet Bhatia and Isaac on guitar are tempered by a disappointingly loose mix.

As it stands, Four Quarters’ challenge is to find a way of replicating their live intensity on record, without sacrificing production quality. Girls is an accomplished debut effort, but doesn’t nearly do this promising group justice.
-El Jay