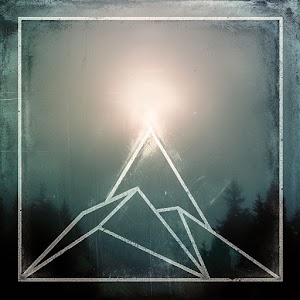 Several months in studio, a new producer (Ross Robinson: ‘The Cure’, ‘At the Drive-In’) and a new-ish guitarist later (Justin Shekoski, actually since 2015 but this is his first album), The Used releases their newest album The Canyon. The album features a diverse range of musical genres ranging from Mraz style acoustic pop to Greenday-esque punk pop and even a classical ballad complete with full strings. Although some of the more experimental material might alienate some long-time fans, the album is well balanced with a mix of easily approachable songs for new listeners and a good number of Emocore that reminds you that you are still listening to the long established heavy punk band and not, as you might have started thinking, Green Day.

The band’s early material has been described as post-hardcore, metal and ‘Myspace’ (you know what I mean). The band themselves prefer being just called a rock band but if I did that I would be lying, although with the new songs, The Used are dangerously approaching that definition. A natural evolution from the experimentation in their previous album, Imaginary Enemy, The Canyon doesn’t just have heavy, loud punk songs but swaps between different musical aesthetics and sonic atmospheres to tell different stories.

There are songs like the opening number For You which starts with a monologue before going into an acoustic love ballad which sounds like it should be on a Bruno Mars album rather than this one. Many of the tracks lie somewhere between straight punk and pop, not quite punk-pop but rather a heavier rock, one of my favourites is Upper Falls which is catchy, clear but still holding strong to the driving punk feel. There is even one gem, Moon-Dream, which is a beautiful classical-pop ballad with emotional, lullaby-like lyrics and a smooth, ethereal string quartet; think Ringo’s Goodnight from the White Album but slightly more aggressive. There are of course some tracks such as Vertigo Cave, Moving the Mountain (Odysseus Surrenders) and About You (No Songs Left to Sing), essentially straight punk tracks with little experimentation (but not none at all!) which are sure to please purists.

The single from The Canyon, Over and Over again, was released on Youtube September 1 and comes with an honestly speaking, weird as shit music video, which makes little sense on first watch. It is easily one of the most experimental tracks on the album with almost no punk but still one of the best. The song announces its uniqueness even before the vocals come in with an opening drum rhythm that trades punk snare focus for cowbell and the expected grunge guitar for tinny chords. You no longer want to get up and punch a wall (as a friend of mine and a big fan of the band described) but get up and get on the dance floor.

The video, bright and artsy, filled with carnival style makeup, homoerotic ballet dancers, and off-putting hospital setting definitely helps the quirky music and visceral lyrics like “Plans were made while my back was turned… The bite from the taste and the smell of the sick somehow reminds me to be myself. Over and over again”. There’s a banjo solo in the middle of the song, heavily reverbed, slow and ominous, sticking out from the rest of the upbeat song like a sad banjo player in a birthday party filled with pink goo (honestly, go and watch the video, it’s great).

The Canyon is a welcome evolution to a band that has been around for a long time with a lot of material but not a lot of diversity. The shift from straight to pop punk is sure to attract new audiences but also make some older fans unhappy. Needless to say, this new ability to write in a multitude of genres frees up the musical palate allowing stories to be told in different ways, I for one am looking forward to what else the band will come up next. Hopefully they don’t just become Green Day #2, that’s been done over and over again.
– Cyril Ma

The Canyon will be released October 27th and can be pre-purchased at the band’s official Apple Music, Spotify and itunes.