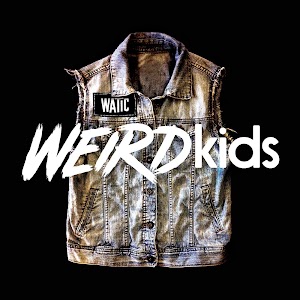 A decade or so ago, the pop punk scene was the proverbial province of the ‘weird kid’. Long before Blink 182 had begun to wear cravats and My Chemical Romance started to sully Queen’s good name, many an awkward mosh was had by the misfits of yesteryear to a summer-lite soundtrack of heartbreak pop. Made redeemable by several nods to the DIY scene, the genre carried a charm that lasts to this day.

The scene today is surprisingly different, but also remarkably staid. Pop-punk’s trajectory has skyrocketed with the inevitable fine-tuning of the formula. Massive sales mirror the steady proliferation of cookie-cutter bands filling out Hot Topic merch stands. The system works, so why change it? How very punk.

Admittedly, if viewed through a pop lens, many of these artists occasionally throw up hugely infectious choruses, riffs and hooks that manage to stand out from the mass blur. It’s here that We Are The In Crowd finds success, comfortably aping the style of bands like Paramour enough to afford their own momentary voice.

Opener ‘Long Live the Kids’ sets the tone of the album, with singer Tay Jardine’s spirited voice taking centre stage. Her impressive range is subjected to an inane pattering of piano keys and violins that call to mind a poor man’s ‘Disarm’. The powerchords soon ring out however, and we firmly enter modern pop-punk territory, all Green Day riffing and collegiate calls to arms.

Sadly, this rather underwhelming opener slips further into cliché on next track ‘The Best Thing’, as genre-defining staccato’d chords hop nauseatingly between synths so sweet you pray for a next track comedown.

Third times’ the charm as ‘Manners’ unfolds, its seeming banality pleasantly shattered by a gleaming singalong chorus. The influence of po-faced dullards like Bastille on the intro is made clear with enough ‘ooh’s and ‘ah’s to fill an overpriced stadium. A catchy 80s-style bassline navigates around forgettable lyrics about taking pictures of partners’ glum faces blah blah blah. That from these ruins comes a chorus so clean in identity and direction is nothing short of a miracle. You almost forgive the cut and paste approach of the songs’ structure, almost.

Halfway point ‘Attention’ sits pretty in the pack with a more measured and confident dynamic that showcases a pleasing variety of instrumentation and production techniques. It’s nice to hear the subtleties in playing styles more clearly and could provide a useful step for other bands of this calibre to better distinguish themselves from the pack.

‘Windows In Heaven’ affords a sobering respite, with a bittersweet ode to Jardine’s late father. Supported by heartbeat-like percussion and Jardine’s nuanced vocals, the song is intriguing enough to wonder at the potential for more ballsy ballads in the band’s future.

To call it punk would be a misgiving, this is today’s pop, all filler, some killer.