Weihan Tang talked to M1LDLIFE about name changes, lorry back music videos, and the realities of being an indie band. 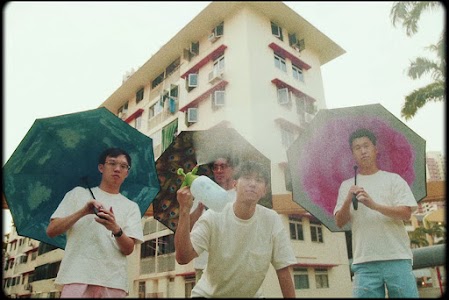 1) What was the scene like when you first started playing together in college? How did you get together?

David: It was the start of this new era of local music. The Sam Willows and Gentle Bones had started gaining traction, better opportunities were given to local acts, and we had just started fooling around with our guitars. Three of us met in our orientation camps, and Paddy joined later on. Fast forward a few years later, and here we are!

2) You rebranded yourself as M1LDL1FE earlier last year. Were there any special considerations you had to make in this rechristening? What were the inspirations behind the name?

Paddy: It was such a pain thinking of a new name. It would have been much easier to just stay with the same name, and of course there were concerns about whether the reception would be kind. But with the new name, we feel like we are at as a good a place as we have been to write music that is as true to ourselves as possible.

The name is a play on the “Wildlife”, with the “W” flipped upside down. Something meek belying a more primal side, much like being a musician with a day job. It felt like it fit us really naturally, and reflected our lives and personalities best.

3) How do you feel the band has changed since the name change? Are there any stylistic influences that separate M1LDL1FE from Take Two? What would you say are the main influences behind the group’s sound?

Jeryl: The most obvious change is the inclusion of more electronic sounds to our repertoire. With the departure of our previous guitarist, we needed something to fill the sonic gap in our songs. One of our main influences would be the newer songs from Mutemath. We have a rather similar sound scape to them in the sense that they also utilise electronic sounds amidst a typical guitar-drum-bass band set up.

Paddy: I think we are willing to go a bit more left of field than where we usually would in terms of guitar-based pop music with this new sound. I would say this new sound has a bit more teeth to it. We were essentially a bunch of kids who grew up with guitar music played in noisy jam rooms, who then fell in love with computer music as we got older. 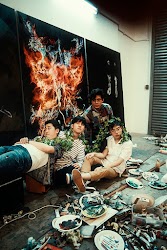 4) The music video for Distraction I found to be very interesting, and I’ve read the song is about the distractions in one’s everyday life. What sort of creative processes do you guys like to go through before making a music video? How did you get the idea for the car?

PS: We’ve been extremely lucky to be able work with lots of super creative people for our music videos. Usually we like to make music videos a collaboration, to bring in another artist from another medium and have him/her interpret our work in their own art form. The only process we do before that, is to find someone who vibes with us in the same way, and has work that we appreciate mutually. The rest is just trusting their creative process and entrusting our music to them to create something new. For Distraction, we had Jasper Tan from Vadbibes come on board.
As an independent band, we don’t have access to big budgets, so we had to be quite spontaneous during the actual shoot – lots of improvisation and working with whatever we had on hand. Thankfully that’s exactly what Jasper brought to the table.

David: We’re usually quite meticulous planners, but for this music video Jasper brought the spontaneity to us. We knew we wanted shots in a lorry, but Jasper conceptualised the umbrella shots from our visit to the sundry shop on the day of the shoot. Thank God we’re still alive.

Paddy: Usually we like to make music videos a collaboration, to bring in another artist from another medium and have him/her interpret our work in their own art form. The only process we do before that, is to find someone who vibes with us in the same way, and has work that we appreciate mutually. The rest is just trusting their creative process and entrusting our music to them to create something new.

5) How do you feel about music streaming services and how they’ve been a hugely effective way in recent years for up and coming groups to gain almost viral acclaim?

PS: Music streaming is this strange beast that everyone’s still trying to figure out. On one hand, as like hardcore music listener, streaming gives use unparalleled access to music that we would otherwise never be able to afford. But on the other hand, as an artist, we realize that streaming platforms turn our music (and just music in general) into something that is fleeting and immaterial. They’re effective in some sense because we now have fans from all over the world, but really, the only people that make money from streaming are the same ones who are currently dominating the mainstream charts anyway. As an indie band, the struggle is still very very real, especially if you’re not out to make “viral content”.

6) You’ve got your first EP officially as M1LDLIFE in August. How are you guys feeling about that seeing as you’re no strangers to releasing music as Take Two? Does this feel like a milestone?

Paddy: It feels both old and new. Milestones in many senses of the word. For one, it’s technically our 2nd release, and that in itself feels good for us, especially since our first EP was in 2015, and we were getting jittery over not having any new material out. Secondly, it feels like we are a new young band again, instead of a veteran artist. There are many aspects of this release that are new to us and we are still learning new things everyday as we lead up to the showcase. 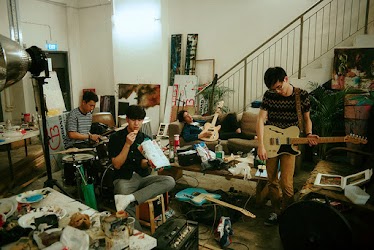 7) How’s the music scene in Singapore? Any favourite places to perform? Weird or interesting stories while performing

David: Singapore has many similarities with Hong Kong, from our love of food to an emerging music scene. We met HK indie math rockers GDJYB in MIDI Fest Shenzhen at the end of 2015 and they seem to be facing similar challenges as us. I remember when we were playing a festival in Thailand (as Take Two), we experienced such positive vibes from the other artists – Matthew Mole would ask us to go boxing with him every morning, whilst Iyeoka and the Funk Tribe would invite us into their jamming sessions that felt almost spiritual. Such a stark difference from the start of that tour where Paddy puked in our first club show and I lost both my shoes.

Paddy: The music scene in Singapore is still young but there’s definitely some kindling in recent years compared to before. We have artists from different genres and scenes expressing themselves and their art forms more prominently and gaining larger audiences. Performing at the Esplanade is always fun, also because the sound crew there always make you sound really good.

Listen to their album on Spotify. 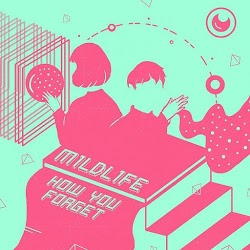 (Photos on this page credited to Jasper Tan of Vadbibes)