We are thrilled to talk to the Singapore punk-rock legends, Plainsunset! The seasoned rockers have been around for two decades now and never once have they let us down with their music. With their new single “6/4” being released from their upcoming brand new album – ‘Both Boxer & Benjamin’, The Underground simply just couldn’t pass this golden opportunity to dig out all the secrets and unveil the little known sides of a band that keep on surprising music-goers all over the years whilst probing into the matter of the current Singaporean music scene! 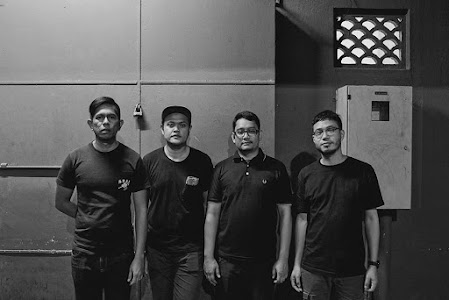 1. What was the music scene like in Singapore when you were growing up? How is it now under comparisons?
Sham: The way bands approach songwriting and marketing themselves is so different. Social media is all the rage now in order for you to make it even though you haven’t really performed in front of a real audience. Performing on YouTube can even get you to play huge festivals! Where there are so many bands who make an effort to look for shows and perform for free even just to get themselves out there. Because in a ‘live’ show, you have only one chance to prove yourself but online there are always retakes … so go out and play a show and stop singing to your computer!
Helmi: I agree with sham. The old bands play what they want to play and the audience appreciate the ‘artistic’ value of it. The bands nowadays play what the audience wants to hear!
Jon: I think that the big picture is not just the way that things are done but even the way that we approach things nowadays are different. We used to do a lot more posters and things like that for gigs, but now the first thing that everyone does is to create an event on Facebook. Thing is, if you don’t do a bit of a ‘live’ appearance, no one is gonna want to follow you on Instagram. So some things still need to be done in a partially old-fashioned way. Also because of the sense of competition, the risk is that people tend to follow things rather than take subversive approaches to the way they could do things themselves.

2. When and how did you guys get into making music together?
Sham: We just started the band in 1992 cause we heard Green Day’s Kerplunk. As band members change and we listen to lots of other stuff beside punk rock, the band just evolve to what it is now.
Nizam: We were all from different bands back then but coming from a small scene we somehow knew one another…I joined PS in ’97 and since all of us were into punk rock, it just makes things much easier when it comes to making our own songs.
Helmi: I’m the latest addition to the band after Ronny (drummer) left. Started out as a fan, then a tech and now a member. But we were all good friends to start with.

3. The hardest part of being in the same band for almost two decades?
Sham: Staying true to what we sound like but at the same time be current and modern because I believe that music should evolve. Everything has been done before but there is always, ways to make something better and different.
Nizam: Playing the same song with much enthusiasm as we first wrote it.

4. Who are some of the constant musical influences for the band throughout the years?
Jon: I guess the ones that hit me the hardest were guys like the Ramones and Lifetime. But so many have gone through, and I find myself turning to U2’s earlier work more and more.

5. What inspires the latest album? What are you guys trying to achieve sonically through this album?
Jon: Social politics. It’s me questioning everyone in one way or another what they believe in, whether they are left or right wing because in one way or other, both sides are screwed and I’m not even talking about Trump Vs Clinton. I also made observations about how it is that we are all running away from something.

6. Name one album that you wish you’d made
Sham: Something To Write Home About – The Get Up Kids
Jon: U2- The Unforgettable Fire
Nizam: The Ramones – Rocket to Russia
Helmi: Jimmy Eat World – Clarity

7. Name one band/ musician that you wish they’d be immortal
Sham: The Ramones
Jon: Fugazi. We need them now more than ever
Helmi: Operation Ivy!

8. Name one song that you hate wholeheartedly
Sham: That Titanic song by Celine Dion. Even the Frozen soundtrack is not as irritating as that. Hah!
Jon: Tonight I Celebrate My Love For You by Peabo Bryson and Roberta Flack
Helmi: The crazy frog song

9. Given that you guys are all so busy with your respective lives and work, what is the band’s songwriting process like?
Jon: I’ll usually come up with an idea for a chorus and sing it into my phone. I’ll bring it back to the boys later when we are practicing and let them mash it up into something else, and then we’ll work from there. It’s actually very loose, not like one of us records something and we go to each other’s place and listen through and stuff.

10. How does one become better at live performances? What are some of the best live performances you’ve seen?
Jon: Fugazi, hands down. I think the only way to do it is to try your best to be in sync, work as a team. If one of you throws something in at the very last second and has no prep with the rest, 9 out of 10, it’ll fall flat. So to a large degree, a team means you need to not be selfish.
Sham: Keep practicing. Keep improving yourself in your songwriting. Keep an open mind. And of course work together as a band. Some of the best performance that I have seen would be watching this band called Mineral in a small pub in Australia. And also watching The National at one of the festivals here in Singapore.
Helmi: A memorable performance would be watching Glassjaw at the Soundwave festival in Perth. The same year The Get up Kids and Sunny Day Real Estate reunited!

11. Do you guys still get nervous before shows? How do you guys deal with that?
Sham: Not really.
Jon: Big shows, yes. Because I have to concentrate on both my guitar parts and singing. I actually hate singing
Helmi: I personally just ‘loosen’ up by drinking some beers and constantly joking with my bandmates while playing on stage!

12. Do you prefer to play for a small crowd or a big one?
Sham: I prefer smaller crowd cause you have more interaction with them. The sweatier the crowd, the better the venue!
Jon: Small to medium for sure. The best shows for me have always been around 300 – 400 pax.
Helmi: The smaller the better! It’s nice to see the sweaty faces upfront and just hearing them singing along to the songs, finger pointing to the chorus!

13. Which band or musician (dead or alive) would you guys love to work or play with?
Sham: The Get Up Kids
Jon: Being a Bowie fan, I would have loved to play guitar for him. Even through the 80s, there were so many things like Fame, Let’s Dance and Heroes that were just total guitar songs to me.
Nizam: The Ramones
Helmi: Mutemath

14. Which eras of music do you guys resonate most with?
Jon: Oh, far too many to talk about in one time, but I instinctively end up with a 90s Sensefield, Texas Is The Reason- feel. But then I listen to Ella Fitzgerald and Cole Porter too, and Abba, and Simon & Garfunkel, so in a sense, I’m screwed
Helmi: The emo / punk years?
Sham: When Green Day came up with this genre called Pop Punk and simply not caring about what the hardcore / punk Gilman Street music scene think of them.

15. The wisest advice given to your band?
Jon: Get a stage tuner. Then, get a beer.

16. What advice would you give yourselves (as a band) if you could fly back in time to twenty years ago?
Sham: Play more shows and rock the stage harder.
Helmi: Play every god damn show like it’s your last one! 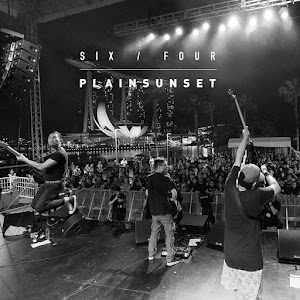