E.P Launch Event: 29th of August at Hidden Agenda. 6pm – 00am. With opening support from GDJYB, Delf and Re:Flex. In collaboration with Sol Passion Music. 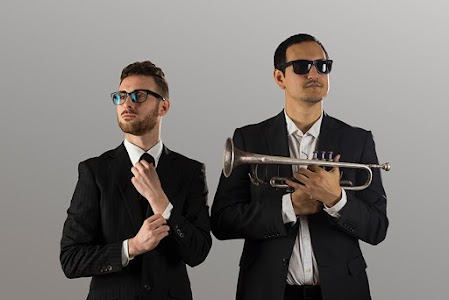 Power to the Project

As I arrive in downtown TST, surrounded by the constant buzz and hum of the city, I’m excited to get to grips with one of Hong Kong’s brightest musical projects: The Anello. Reluctantly positioning themselves as “an indie band at the intersection of R&B and electronic music” but with overtones of pop, rock and funk, as well as comparisons to Maroon 5, Justin Timberlake and Jamiroquai to their name, The Anello have been creating a real buzz over their upcoming E.P Release Party at Hidden Agenda (29th Aug).

Having played at well established music festivals like Clockenflap and the Hong Kong Art Fair, as well as a number of smaller corporate gigs, The Anello has evolved into a musical chameleon: as comfortable performing in rainy summer festivals as in their suits, and ready to hit the big time in Asia. 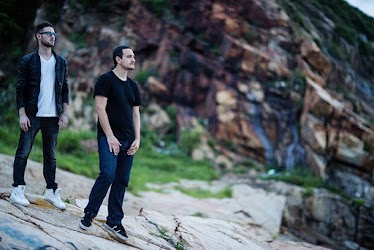 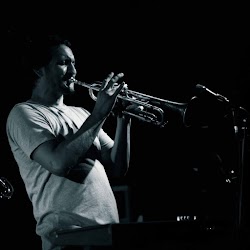 The Anello is a duo, comprising of Americans Jeff Anello and Michal Garcia. After completing a degree in music and theatre, Jeff moved to Hong Kong 8 years ago and has appeared in a number of bands while teaching music. Now he fronts up this latest project as the main vocalist and lyricist, while Michal, originally from Texas with a background in  music and film, provides (in Jeff’s words) “everything else”.  Together they incorporate an eclectic variety of sounds into their work, featuring trumpet, synths, electro beats and even some freestyling: ”Sometimes we’ll make up a song on the spot, with some help from the audience”. 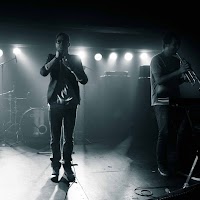 With their varied backgrounds and complementary skills on and off stage, the two are able to take their platform further than the average band and have performed at more innovative venues like Tedx, where they gave a talk about personal definition. They are also able to pursue their own sound in a unique way and be independent, thanks to their wide-ranging skill set: “everything is in-house”, says Jeff, “from the concept to the songs to the production.” Being able to record and produce on their own is another way of protecting their artistry, allowing them to focus on what they think is best for themselves, rather than outsourcing their ideas.

As Michal puts it: “Jeff and I have really enjoyed making music together over the last few years and have built a rapport that is both musically creative and productive on non-musical tasks, (…) like booking gigs and getting your music heard.”
As a spectator, when watching a gig, it’s often easy to forget how much work goes into a performance. Indeed, if you notice the ‘sound guy’ or the production team at any point, it usually means that something has gone wrong! While big acts have literally hundreds of roadies helping them out, The Anello go it alone.

But being totally independent can come at a cost, and juggling the project with a busy schedule can take its toll. Laughingly, Jeff tells me the story of how the two were sat up until well past 3am working on a music video together, when Michal’s brain turned off and he had to check Jeff was real (!), by prodding him repeatedly. 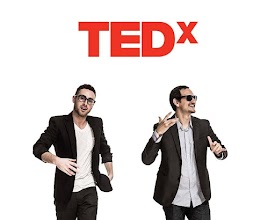 Because Time waits for no man, and Michal is no exception: “I work in the music industry in Hong Kong, and that doesn’t always leave time to focus on The Anello. We make sure to put in at least a couple days per week to push things forward, but just to push forward one little musical idea may take weeks before it is a complete, recorded, performable work. But because we have a lot of passion for this project, we make time.”

It’s that kind of obstinate, dogged determination and drive that fuels their passion, and one that cuts no corners: Michal, while playing in another band, once turned down a gig at The Wanch because he didn’t want to play in an environment where his music wouldn’t sound its best. For professionals in a world where exposure is everything, his decision was controversial to say the least. Ultimately though, for Jeff, that decision demonstrates his friend’s commitment and professionalism: “you know, if it doesn’t feel right, don’t do it. That’s something we believe in.” 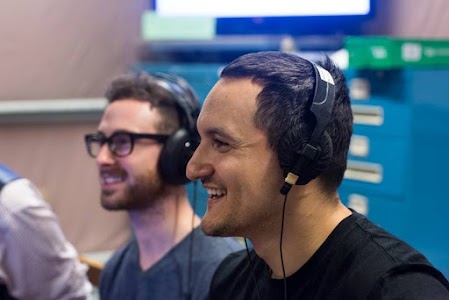 Professional and proactive, The Anello is making headway into Asia, with their past tours and gigs boosting their support base around the region. Taiwan was a huge success and according to Jeff: “in Asia when they love you, they love you.” Going pro however, is a humbling experience, and it’s great to see The Anello remain so grounded in the wake of their hype: “you like to think you know everything, but you don’t. We want to be seen as legit, and whenever we get those comparisons to other bands or labels, we use it as fuel to focus on being ourselves and move on.”

The duo represent a refreshing influence on the resiliently growing HK scene. Their choice to launch the E.P at Hidden Agenda is a nod to that emerging artsy crowd: “people go to Hidden Agenda to listen to the music, and that’s what matters to us. It also has the capacity we need (300), a great sound system, awesome lighting and really cool people working there that believe in the scene and book so many great acts regularly.”

With an Asian tour firmly in their sights, as well as future tours in Europe and the USA, be sure to catch The Anello for their E.P Launch at Hidden Agenda on the 29th of August.
– Ross King 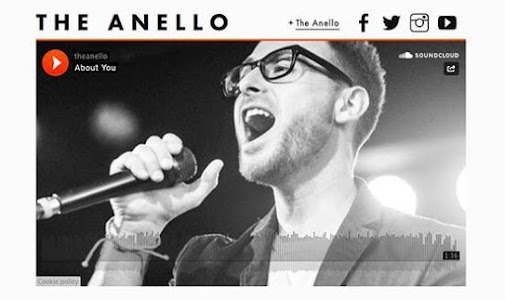