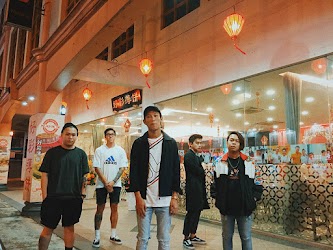 We are thrilled to have an interview with Singaporean post-hardcore band, Villes.  Their debut album is scheduled for release this month and they already have traction and interest around Asia especially Taiwan.  Thanks to Dominic Tan and Bryan Sta Maria from Villes for taking the time to answer our questions.

It’s been over five years since you guys released your debut EP, I’ve seen the world. What has motivated you guys to release a full-length album and how did you know that it was the “right time” to do so?

Dominic: Went we first hit the studio in 2015, we had the intention of recording an EP. However, somewhere along the way, we decided that we had so much so many ideas and a lot of things we wanted to address in our songs, so with that, we just thought it’d be more worthwhile for our viewers if we put out 10 songs to accommodate for such a long absence.

If you can only use three words to describe your music style, what would they be and why?

How are the tracks on your album The Cure different from the previously-released singles?  How has your music evolved over the past couple of years?

Bryan: When we wrote the first EP “I’ve Seen The World” it was more about sounding badass, we asked ourselves questions like “how complicated could we make this breakdown?”. This time round we’ve grown to learn that the message of the songs are the most important part of it. So it was definitely vocals and concept first then the groove and rhythm.

How did you feel when you found out that “The Fear Generation” has become a chart-topping hit outside of your home country?

Dominic: It was great! To know that a band like us could reach viewers far and wide just shows that music is universal. 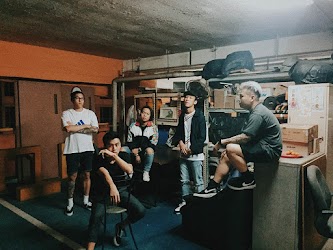 What are the three songs you wish you had written?

Could you please share with us the message behind your new single, “Don’t You Worry”?

Dominic: Don’t You Worry is a song about weeding out the naysayers in your life. Leave the ones that hold you back from accomplishing your goals. When I was 19 a girl once said to me, ‘you know you can’t be doing this music thing as a job, right?’ 2 months after we stopped seeing each other. I’m gonna damn well try till I can’t.

Do you guys have a special/quirky pre-show ritual?

Dominic: We put our hands in, say something funny and then shout something ridiculous.

Have you ever collaborated with other musicians and what was the most valuable piece of advice you’ve received so far?

Dominic: We collaborated with many musicians for the album, namely Ryo rom Crystal Lake, Luke from Ocean Grove and THELIONCITYBOY. However, the most valuable advice given to us was from the engineer who mixed and mastered the album, Josh Schroeder, he initially felt that we were too generic and encouraged us to move out of our comfort zone. His advice on lyrics and song structures taught us a great deal on how meticulous we should be when writing and piecing together every song. 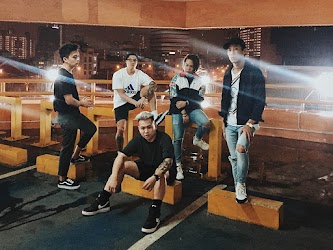 If you guys were given the chance to host a Villes-themed Halloween party, which song from your new album is the most suitable to be played live at the event?

Dominic: It would most likely be Step Down feat. Ryo just because of how crazy Ryo gets on his lines.

Your album is due for release on May 29th, how are you guys planning to celebrate this major milestone in your career?

Bryan: We’re huge fans of alcoholic beverages so we’ll definitely be consuming quite a number of those. LOL.

Any plans to start touring later this year?

Dominic: Things are in the works but nothing’s concrete as yet.

Would Hong Kong be one of the cities you’d like visit?  Apart from performing and meeting your fans, what’s the one thing you would like to do here?

Dominic: We’d love to play a show in Hong Kong! One word – DISNEY-F*CKING-LAND!

Questions by Veronica Lin.
All photos by Jasper Tan
You can purchase Villes new album on itunes or get the physical copy here.