In today’s interview we feature southern rockers The Maine, as they prepare to start their tour of South East Asia. Hailing from Arizona, their energetic, vivacious, classic-rock sound is ready to make waves once more. Stopping off in Manila (12th Aug 2015), Jakarta (14th Aug 2015) and Singapore (15th Aug 2015) this is one show you’ll want to see. Channelling vocals and hooky choruses that are reminiscent of The Killers or Young The Giant, this outfit is set for even bigger things. Thanks to Jared Monaco, guitarist of The Maine for talking to us.  Here we get to grips with their latest release: American Candy.

1.    What is your favourite track from ‘American Candy’?
I’m really proud of the title track, American Candy. I think that song showcases the dynamics we have worked so hard on achieving as a band. It goes from somber and quiet to very very loud. It also has a clear message that spoke to me long before we recorded it.

2.    What is the band philosophy?
Always stay true to who we are, and always make sure we are giving as much as we can back to our fans, who make this whole thing possible.

3.    Since the band has stayed together all the way from 2007, what is the secret behind maintaining such a strong bond within the band?
We’re all pretty good friends. Some of us even grew up together. When you have been working together for over 8 years, there is an unspoken bond that forms. We sometimes disagree on things, but the four other guys in this band are my brothers. We all ultimately want the same thing, and that is the greater good of the band. 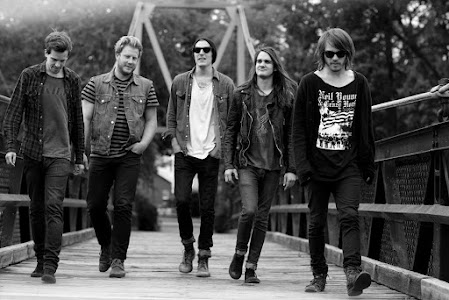 5.    What was your impression of performing in Asia in the past on The 8123 Tour and what is your expectation towards your upcoming Southeast Asia tour?
We love coming to Asia. Now that we have been several times, I think I can always look forward to the shows. The energy is so easy to absorb and channel into the performance. Also, everyone is so nice to us there!

6.    You’ve shared stages with a lot of awesome bands. Anything that you’ve learnt or picked up from them?
Absolutely. On one of the first tours we ever did we learned the importance of keeping our dressing room clean, and never acting like an entitled rock band from the 80’s. There are a ton of people required to put on a rock concert. Our goal is to treat everyone with respect because without them, there wouldn’t even be a show. It’s important to be mindful of everyone involved. We’ve also learned a ton about what not to do, but that’s a different story…

7.    Favourite tour story?
I always look back to when we first started out. My favorite tour story was when I quit everything back home to go on tour with some of my best friends. It wasn’t easy, and it wasn’t glamorous, but it was the first taste of being in a real band for me. I will never forget the struggle.

9.    What are the spirit animals to represent each member of the band?
John is a Giraffe, Garrett is a cat, Pat is a wild monkey, Ken is a deer. I would consider myself an old dog, lazy and loyal.

10. What are the roles of each member in the band? (e.g. the funny one, the leader, the slacker etc..)
John is definitely the main visionary of our band. Pat is all business, but sometimes just a full blown crazy person. Garrett is a mix of the two of those. Ken is the most social, and I kind of go with the flow, but I try to add comic relief when possible.

11. If you were given a chance to say something to the 18-year-old you, what would you say?
I would tell myself to hold on because it’s about to get bumpy and unpredictable. And to invest in Apple.

12. Have you ever googled yourselves?
I used to. To be honest I don’t even care anymore. Unfortunately, the only person that knows me well enough to pass any sort of judgement is probably myself, even then, I don’t know. But I’m definitely not searching for photos of myself, I hate that.

13. As a kid, what did you want to be when you grew up besides being in a band?
An astronaut. I’m a little sad that didn’t work out but hopefully at some point in the future I can spend my life savings on a trip to Mars or something. 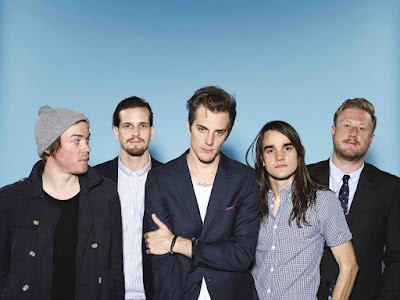 14. Most recent embarrassing moment as a band?
I don’t think it’s an embarrassing moment necessarily, but we each took turns singing a punk song we wrote on the last tour. I definitely felt super uncomfortable without having a guitar on me, but it was fun!

15. Guitarists, this one’s for you! Are you more inclined towards power chords or high-end riffs?
A bit of both I would say! We try to voice our chords so they are not actual power chords because we like to show love to the higher pitched strings as well. As for riffs, I think all of us would agree that we wish we were a big heavy riff-rock band. Gotta love sweet riffs.

Sounding like your very own roadtrip soundtrack, American Candy is a must-have for everyone’s summer playlist; evoking the freedom of the open road with its soaring choruses and easy melodies, this release is clearly going places. As another welcome expansion on their catalogue of great songs, we’re excited about hearing many more, and hopefully seeing them in HK in the near future! 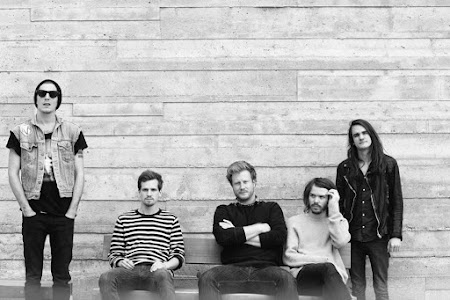