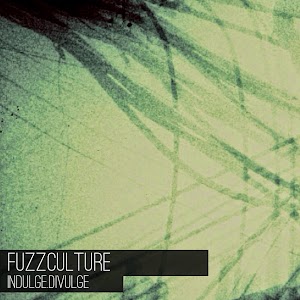 We reviewed the New Delhi-grinders ‘Fuzzculture’ back in May here. Their powerful EP, while certainly making an impression, offered little hope for future substance, the common theme of scraping noise and bass-heavy riffs offering little breathing space. With the full album now at hand, it will be interesting to see how the group, self-described as “somewhere between intense electronica and industrial music”, attempt to reach for those needed moments of respite amid the relentless cyber thrashing of the initial tracks.

The floating nodes of sound on ‘Pizkia Tone’ do much to alleviate that concern. With a soundscape of whirring drums and chirping synths, it sounds akin to fellow two-piece ‘Idiot Pilot’s lucid offerings. Fuzzculture clearly know when to dial it back. Despite perhaps going on too long, the song eventually peels back into a cool acoustic tune, sliding easily between the backing layers of synth.

The aesthetic of cyberpunk is alive and well in ‘Degeneration Next’, though this is less ‘Neuromancer’ and more ‘Matrix club scene’. Visions of leather-clad folk bedecked in dreadlocks are hard to shake as a pulsating thrust of bass repeats ad infinitum. As mid-album filler the song serves a purpose, but as a feature track, the result is more like a loading screen.

More impressive is next track ‘Mr Profanity’, which showcases the glitch-heavy style of the duo. ‘Beam Me Up’s sporadic percussion and fine-tuned production is a satisfying album closer, though through all the sonic variety, it borders on repetition. This is kind of like Djent music, without the djent’ing – all ‘Mindless Self Indulgence’-style breakbeats and nu-metal chugging – and as such would appear to fill a niche gap. However, having won the coveted ‘Thank you for existing award’ at the Asia independent awards show, the VIMAs, the group is gaining more exposure for their energy and incendiary live performances. In a world ever ready to leave behind industrial metal, Fuzzculture are earning the title of ‘one to watch’ in the burgeoning cyber resurgence, and deservedly so.
– Jon Billinge