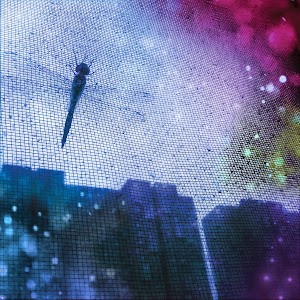 Lantern Festival is Jonny Clement Brown’s (a Hong Kong-Londoner) solo project. With his debut album entitled the same name, Jonny brings in the innocent pop sound of the Beach Boys and the more modern indie pop bliss of swedish group Club 8. This dreamy arrangement of tracks come together and merge into what is a delicate coalescence of oriental sounds and psychedelic/electronica traces.

‘Delay No More’ (Track 3) encompasses some indie pop and harder bass / beats against tender, echoing, nuanced vocals and Jonny Brown’s signature use of polyrhythms (heard throughout the album). In ‘Bamboo Babies’ (Track 4) we are presented with a blanket of textures – ranging from a more subdued vocal underneath a prominent composition and then placing certain instruments in the spotlight by allowing it to be the focus of the piece. ‘Little Immortals’ (Track 5) utilizes the noises of children laughing and playing, a wooden xylophone and environmental white noise (seems like he even used the old MSN messenger tone) to provide an initial base to support his ambient transition into a glossy disposition. ‘The Pan Yuda’ (Track 6) is a more excitable and experimental song it seems – using wide-ranging sounds and styles with lo-fi twists and tricks, Brown’s vocals match up as being richly expressive too. Wielding and ending with a moody yet upbeat masterpiece – ‘Shining Door Star’ (Track 8) takes from unlikely materials such as glam and dub to form a slightly pergent palette from previous tracks on the CD.

A real gem in the midst of dream pop and indie music. Brooding yet playful, it’s been a while since an artist of this genre has come close to capturing the honest and personal innovation in musical style that Lantern Festival has done.
– Chloe Cheng