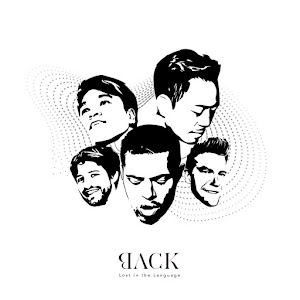 Since their debut gig ‘back’ in May last year, Back have been a steady mainstay of the Hong Kong music scene. They’ve had their heads down and been going about their business via the well-trodden path of The Wanch, Morrison Cafe, LKF and the Happy Valley Racecourse. Now they’re about to make the next step with the release of their first EP – Lost In The Language.

These guys have a clear vision for their sound. They’ve crafted a catalogue of songs which they seem to have earmarked for stadia; what you might call ‘stadium rock’. I can really see these songs in a huge setting with all the bells and whistles.

On opening track Temporary Insanity, and particularly when Xavier is on lead vocals, Back have a bit of a Kaleo quality about them. There’s an obvious nod to the Beatles with the backing vocal arrangements here threaded through some Chilli Peppers-esque guitar work. The overall production is strong and it’s a good statement of intent for the EP. Lyrically for me the narrative is a bit tricky to latch onto though.

They sound like a bit of a different band on Still with Ben Tully taking up lead vocal duties. They do style themselves as a band with three singer-songwriters hence the change up in responsibilities but it does paint a picture of a band without creative cohesion. Saying all that Still is a catchy song and after a couple listens I’m easily singing along on the intensely benevolent chorus – “This air still fills my lungs, this heart just keeps on beating. These eyes keep on looking around”. A sort of 90s arpeggio guitar is there which is becoming a nice hallmark of this band.

The chorus on You Know I Need will have you singing You Make Me High nearly as much as it’s sung here. The slowed middle eighth is needed and breaks up the repetition of the song nicely, getting the listener ready and wanting that chorus hook again. Either I have some water in my ears from my morning shower, or the vocal production at times is lacking ideal enunciation. This is a clear ‘rock’ arrangement, in the past they’ve performed a stripped back, acoustic version which I thought worked really well particularly with the trumpet solo from Ben.

The output of the different songwriters in the band starts to show with Shine Bright In the Shadows following a similar blueprint as You Know I Need. I could be wrong of course. This being one of the shortest songs on the EP at 4.25, they love to make the most of their allotted 30 mins of EP time. Ben steps back up to the front mic on Lost in the Language. His voice really has such a warmth and benevolence to it, reminding me of UK folk band Stornaway. Kindness radiates from his tone, a bit incongruous with the darkness of the song at times which is an interesting contrast. The reverb work on the vocals in this production give this song a dreamy ambience at times.

On the home stretch, they open up with a beautiful acoustic guitar arrangement on final track Walk My Way. Some nice lyrics here. The simplicity gives way to a couple too many layers for me. I think I can count about 4 guitars at one point, but this really gives a good weight to the song to finish the EP with an oompf.

This is a good debut EP from Back. At times I’m willing them to have some consistency in their sound, but that will come. I love that they gig with the regularity that they do, and I hope I find them in a stadium one day. You can see them at the EP launch tonight at The 50s Bar in Wanchai and the Lost In The Language EP is on Spotify today.
– Simon Donald Jones.

This EP is also available on bandcamp.