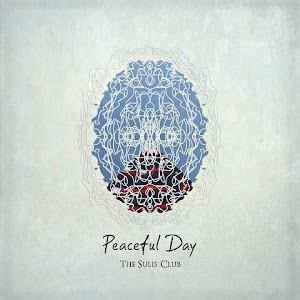 The Sulis Club are four likable looking young guys who are pretty busy on the local gig scene. That’s all I can really glean from their Facebook page; meanwhile Wiki says they formed in October 2013 and are “a Hong Kong four-piece indie rock band passionate about making music by using their own thoughts and musical spirits.” Fair enough. It adds that their music combines elements of Brit rock, Japanese rock, instrumental rock and pop-rock, influenced by Oasis, Jets, Ellegarden, Toe, Hiatus, The Killers and more. OK well I do hear some of that in their music, but I definitely sense a more US-driven rock sound along the lines of Sum 41, Good Charlotte, Green Day et al.

Rally kicks off the CD with a tight, organic rock fusion instrumental with a nagging little guitar motif and hot lead playing from lead guitarist Andy Lee before breaking down into a dreamier passage and finally building up into a more anthemic driving ending – forceful, passionate and uplifting. I love this!

Peaceful Day has more tight rock riffing, and a big melodic anthemic chorus reminiscent of Blink 182. A nice big fat solo explodes in the middle to keep things real. This is super competent pop-rock but I’m looking for something that sets it aside from a lot of other pop-rockers of this ilk.

Just a Dream starts on a nice acoustic guitar with singer Jonathan giving it the full broken heart treatment, gentle synthy strings emphasising his heartache. Boo hoo! A rockier chorus comes in later and a big melodic solo (no surprises there). Again, this is quality pop-rock and I like some of the lyrics – “Honestly, I’d thank God for a time machine”. Wouldn’t we all! Perfect pop-rock for undemanding young Hong Kongers.

How Dare You – acoustic intro again with a sweet vocal and romantic themes before the band comes in, again with guitarist Andy finding a catchy echo-y little riff. Guy’s got a nice, melodic touch – inevitable solo comes in and the band gels smoothly and musically, building to a big finish with anthemic vocals. Nice. Again though, I’m waiting for something – anything – that sets them apart from a lot of stuff we’ve all heard before.

Confession is simply an extended quote from Charlie Chaplin’s 1940 movie ‘The Great Dictator’, on which a slow, reverb-y, old-time sounding piano has been superimposed over a passionate plea for world peace from one of the protagonists. I think this is supposed to lead onto the next track, Rage, in which Jonathan rails against the injustice in the world, but in the middle of this modern album of rocky love songs it sounds a bit odd.

There’s two bonus tracks Summer Sonic and Devil Inside Me but the names are the wrong way around on the CD which threw me out for a second. Devil Inside Me though offers a fast rock sound with more great rock guitar playing and a nice vocal. Summer Sonic is, as the name suggests, a summery track with jazzy sounding guitars and dreamy lyrics. And there’s that solo again! Yes he’s a great player, but if The Sulis Club have any pals who play sax or trumpet I think it’s time to call in some favours. At least there’s a bass solo to add a bit of colour on the fadeout.

Overall this is a nice, modern sounding pop-rock album from some talented local guys. I think their sound is really good, if a little generic, and I’d definitely like to hear some songwriting development on the next CD. But where did that name come from?

You can download this CD from itunes or bandcamp.