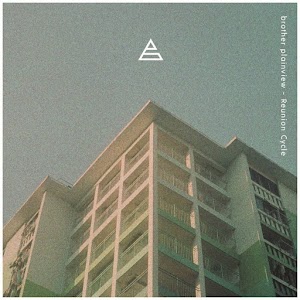 Made up of members from local indie band The Diving Ends, it may feel like Brother Plainview have arrived from relative obscurity. Arrived they have, with a debut EP of songs brimming with lyrical depth, nostalgia and emotion. Having dropped their EP a matter of weeks after their first gig together, they’re armed with banging tunes and ready to take HK on.

On Lost In Us lead singer and guitarist Deryck Grekul’s vocals feel yanked right out of the late 90s, early 00s. It’s as though this track should be on an American Pie soundtrack or something. There’s a touch of the Brian Molko from Placebo about him, and an absolute Placebo inspiration in general to Brother Plainview’s sonic make up.

We get super late 90s on These Wrongs Are My Advice, to the point where I feel like this is a song my 15-year-old self should know. Which is absolute praise. I hadn’t heard they’re songs before and yet they make me nostalgic for a totally different era. Transporting me. The heavy driving guitar coupled with the gentle distorted lead guitar low down the fretboard works really well with Deryck’s vocal. These guys have taken another step and knocked up a super sweet music video for this track, which is shot pretty much entirely in the back of a taxi cab. I think it’s really cool, click here to check it out. For me the track is a real release of frustration; a consistent mood of irritation which builds up and releases in the chorus. Interesting, as this is how I feel when I’m in the back of a cab a lot of the time.

The time signature comes down a couple of notches on Empty, providing an ideal segway in the intensity of this record. The vocals at times here are lacking in audibility, but in a way, this is okay. Deryck’s vocal feels like an instrument which is more there to compliment the other musicians, rather than to tell a story. It adds to how they’re selling a feeling.

They close out with Reclamation, which confirms for me they’re clear direction; there’s no case of multiple genres showing themselves. These guys know who they are and what they are doing. This track merely shows further colours of the same paintbrush; bringing a cerebral moodiness. The Emos, wherever they are in 2018, would love it. For a band to find its place it needs to be sure of what it’s bringing to the table. Brother Plainview are certain of that.

I feel like there is an absolute place for this band at HK’s table. I really hope they pull up a chair. “Reunion Cycle” is on Spotify now.
– Simon Donald Jones