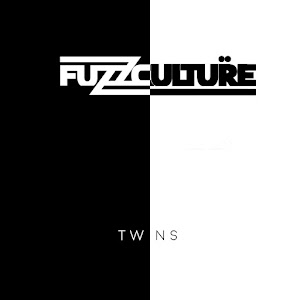 FuzzCulture is a two-piece electronic music outfit from New Delhi, India, comprising Arsh Sharma on vocals/guitars/FX/programming and Srijan Mahajan on drums/FX/programming. Evolving from a studio project which has taken almost two years to develop into a full-fledged live act, FuzzCulture aims to “combine melody and groove within a framework of mix-tape experimentation”.

Signed to Universal Music India, both musicians play with other high profile acts and are currently involved in TV and film projects while working as full time producers at their own Studio Fuzz. An equally accomplished live act, FuzzCulture has played over 200 shows at home and abroad since 2012, including major festivals such as NH7 Weekender, VH1 Supersonic, Sunburn Festival and more. They were also nominated for ‘Best Emerging Artist’ by Rolling Stone India in 2013.

TWINS is FuzzCulture’s third release after the critically acclaimed EP “Indulge.Divulge” in 2013 and full length album “NO” in 2015 . It’s a two-song collaborative EP featuring two artists, Raoul Kerr, a rapper from New Delhi on the first song “Be A Monster” and British/Indian singer Heather Andrews on the second single “Gemini”. Both tracks also feature FuzzCulture’s Arsh Sharma on vocals.

Combining concepts of bipolarity, duality and of opposite natures, both songs represent the point of view of two people completely opposite in nature and their responses in the face of adversity, with a strong concept of “fight or flight” response in the face of danger, according to the band. But what do we think?

First track, “Be A Monster” features a big, sexy synth sound with great rhythms, an impassioned, save-the-world type rapping vocal, until a naggingly hypnotic chorus comes in, “Hey can’t you see, I’m more broken than I should be” which is difficult to get out your head. Super catchy.

It then slides back into the big, bruised vocal, before chorus two, with that delicate, minor key synthy riff. Super nice, cinematic feel.

Second cut, Gemini, again has that very cool, synthy, edgy, spaced out feel, a bit of an R ‘n’ B vibe, but dreamier, again with a very cinematic feel. A super melodic, achingly, cool sound, with Heather Andrews’ vocal really meshing perfectly. Then that big, hooky chorus crashes in, again very melodic. This is an edgy, sexy track with a excellent vocal – I’d love to see the video.

Both songs will be released with accompanying music videos over the next couple of months, with FuzzCulture taking on a two-month tour to promote the EP in India. This is a very happening and creative musical partnership which presents a cutting-edge sound with a message, and we want to hear more.
– Dan Creffield

This EP is available on iTunes and elsewhere.