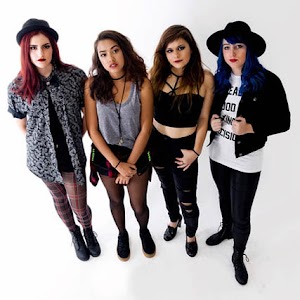 “Vertigo”, a well-crafted pop song, regretfully owing to it being a product manufactured from the same plastic mould used by a million other artists (and I use that term with a pinch of salt) with aims to create an instant chart-topper, and instead sound like every 2008 hit mashed up into one awful songbomoniation.

Chasing Velvet is a brand new band, so it’s easy to see the appeal of releasing a typical and predictable, mass-market, please-all debut single. However, if the band wants to achieve anything other than a cult following of aspirational 11 year old girls, they’ll need to stop thinking like a business and more like the artists which they call themselves.

The musical potential is there (note the strong vocals and attention to pop harmony and melody). Putting it into something more worthwhile than a Taylor Swift sound-a-like band needs to be their next step to avoid being caught under the sonic avalanche of commerciality which threatens the very foundations of modern music.
– Ryan Harling